Kirsty and David both got ready at Hunters Hall, just around the corner from each other. But rest assured, no peeking was allowed! The morning was jam packed with fun, involving lots of giggles, drinking from the bottle, a kiss the miss goodbye sheet and a first look with Kirsty’s father and bridesmaids! Hair stylist Gemma Holiday Hair Artistry assisted with the finishing touches by attaching the veil and Kirsty’s make-up artist, Charlotte, from Charlottes Studio UK, was also one of Kirsty’s friends, which meant she was able to be by Kirsty’s side for the rest of her wedding day. After snapping some shots of the gorgeous bridal bouquets by Pick-A-Lily Flowers, we then headed over to capture the finishing touches of the groom prep which included the fixation of the button holes and of course, a few beers!

The ceremony took place in the Park Room and followed onto the Starlit Barn for the drinks reception. It rained on and off during the day but fortunately the rain stopped just in time for the group shots in front of the flower arch, in the garden. These shots were really informal and great fun to capture with some awesome posing going on! In fact I think the girls may have been rowdier than the boys!

We then moved inside for the wedding breakfast and speeches in the gorgeous Victorian Barn. The decorations and table settings were incredible! There were fairy lights and bunting surrounding the edge of the barn and candles inside glass jars with each country that Kirsty and David had visited together, attached as table names. The tables were decorated with hessian, sunflowers that matched Kirsty’s bouquet, mini wooden logs and personalised favour boxes. Everything was perfectly co-ordinated!

The speeches were second to none and put a smile on everyone’s face, along with many outbursts of laughter. Kirsty’s maid of honour, also gave a cracking speech! Afterwards, Kirsty and David were rocking their Hunter wellies as we took them out into the surrounding fields for some golden hour couple shots. We were greeted by some cows and one not so friendly bull, which they requested as a photo backdrop – at a safe distance of course! We then returned to the barn to capture the first dance, followed by some crazy dance floor antics, before heading out for some gorgeous last light photos. We were blessed with a beautiful pink sky and a lovely sunset, making the perfect backdrop for some striking silhouette shots. The bridal party and groomsmen then joined us for some outdoor sparkler shots, before returning to a busy dance floor with live music from City Sounds Entertainment Nation.

Getting married at Hunters Hall? Get in touch!

Here are a few favourites from K&D’s day… 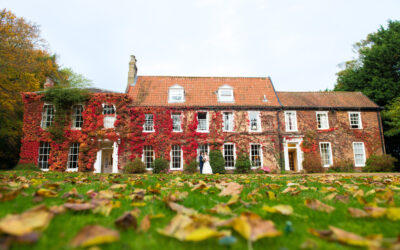 Rebecca & Liam | Stower Grange Wedding Norfolk Wedding Photographer Covid Wedding | 30/10/2020 Pre-wedding Photoshoot: I first met Rebecca and Liam at Stower Grange, Drayton in 2019 to discuss their wedding and was delighted when they chose me to photograph their... 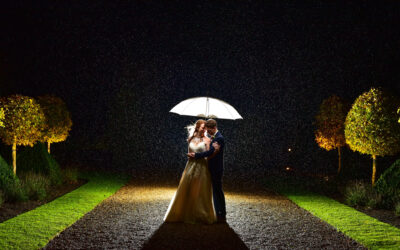 Mike & Kate | Hales Hall Wedding Norfolk Wedding Photographer Second Shooting | 02/11/2019 Mike, Kate and their families stayed at Hales Hall the night before the wedding, making it ideal for us to capture the bride and groom prep. Hales Hall is a beautiful 15th... 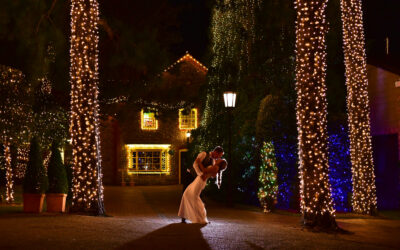 Alice & Joe | Thursford Garden Pavilion Wedding Norfolk Wedding Photographer 07/09/2019 Alice got ready at her home in Fakenham with her mum, two bridesmaids and adorable flower girl, Evee. She looked absolutely gorgeous! Her hair was styled in a long plait,...